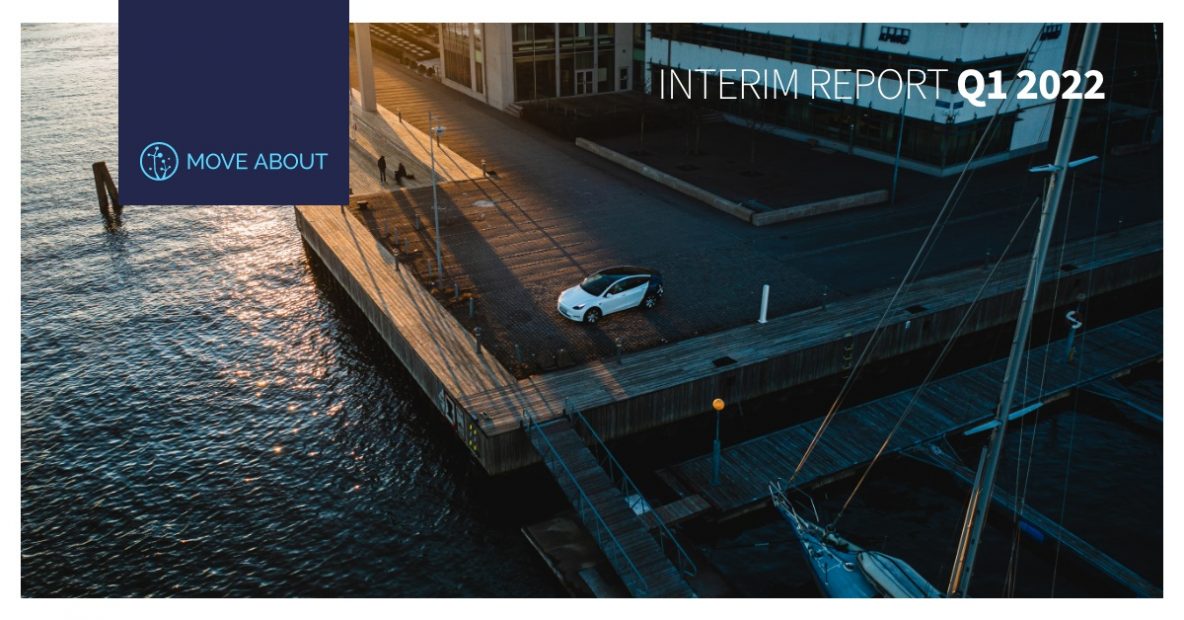 In the first quarter of 2022, Move About Group AB (“Move About” or the “Company”) grew by 87% compared to the first quarter of 2021. However, this growth was slightly lower than expected as the lockdowns of society at the beginning of the year had a negative effect on growth. In March, however, growth accelerated again, and revenue increased by 20% compared to February.

The first quarter of the year began with perhaps the strongest lockdown of society in Europe due to Omikron which had a negative impact on mobility in all countries where the Company operates; Norway, Sweden and Germany. Above all, the electric carpools used by Move Abouts company customers were affected, but also the public pools, where the Company had many new launches of pools during the period.  Move About estimates that revenue declined by about 10% in the first two months of the quarter compared to the plan.

As society reopened in March, demand picked up rapidly and revenues grew by20% from the Level in February. This strong trend looks set to continue in the second quarter of 2022.

The result was affected, in addition to the lower occupancy of the Companys electric carpools at the start of the year, by listing costs and preparations for the listing. As an example, the consolidation of Mobileeee and the shift of financial systems contributed to significant one-off costs, totalling approximately SEK 4.0 million during the quarter.

"The company reports an adjusted result we are not satisfied with.  At the same time, we can state that growth accelerated sharply again at the end of the period, a trend we see continues at the beginning of quarter 2 and revenue per car in is now increasing at a rapid pace. Along with the published streamlining program we carry out, the company will show profit significantly earlier than what was communicated in connection with the companys listing earlier this year", says the Companys CEO, Olof Jonasson

The full report is available at the Companys website

This information is information that Move About Group AB is obliged to make public pursuant to the EU Market Abuse Regulation (596/2014). The information in this press release has been published through the agency of the contact persons set out above, at 23 May 2022. 8 a.m.

Mangold Fondkommission AB is the Companys Certified Adviser and can be reached by phone, 08-5030 1550, and via e-mail, ca@mangold.se.

Move About offers app-based, environmentally friendly and cost-effective mobility solutions to individuals as well as companies, municipalities and organizations. The company has developed and owns all intellectual property rights to its cloud-based greentech platform that provides digital access to electric cars, electric bicycles, taxis, metro and parking via one and the same app - around the clock. Every kilometer that the user travels with the electric cars through the platform reduces CO2 emissions.

The companys comprehensive mobility solution is based on the Move About app, which gives the user access to the Companys pools of electric cars, electric bikes and electric scooters. Move About also helps companies, municipalities and organizations optimize their fleets by tailoring mobility solutions as needed.Move About was founded in Oslo, Norway in 2007 and today has over 58,500 users on its platform and over 730 electric cars in its fleet with a presence in Sweden, Norway and Germany.