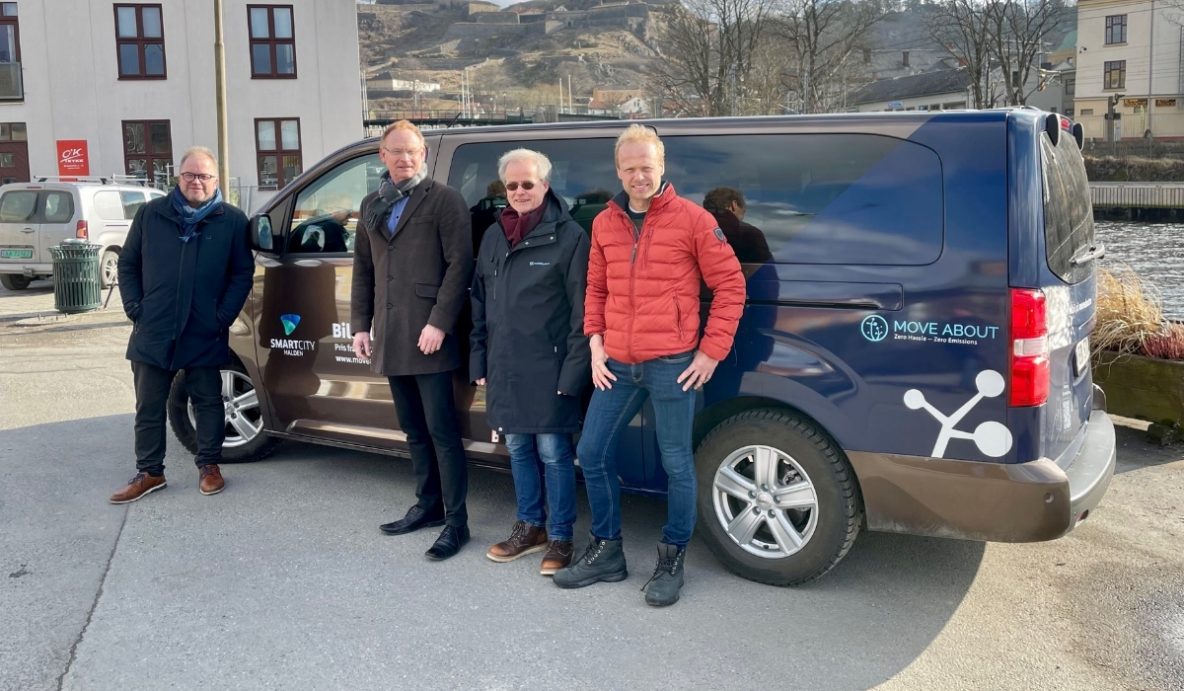 A tender process in Halden municipality in Norway has been carried with four bidding companies. Despite of the competition the contract was awarded to Move About thus extending the 3-year collaboration with up to 4 new years.

The contract will be an important part of Move About's investment in the Østfold region. In total, the company will have over 50 electric cars in the region, divided into municipal agreements, company agreements and mobility points. In addition to the agreement with Halden municipality, Move About received an agreement with Indre Østfold municipality in 2021.

It is assumed that the car sharing solution has annually resulted in a reduction of about 30 tonnes of CO2 equivalents and the municipality has greatly reduced the number of driving allowances. In addition, some municipal leasing cars have been replaced with Move About's sharing cars.

Since January 2019, Halden's residents and city visitors have been able to rent the same electric cars and electric bicycles that the municipality's employees use to and from meetings and other job assignments. During off-peak hours, anyone can rent the same cars from Move About at a reasonable hourly rate. It is possible to rent a car for anything from a single hour to a weekend.

“The purpose of the scheme is threefold for Halden municipality. We reduce costs and time associated with driving allowances for municipal employees. We are cutting climate emissions by replacing many journeys with fossil-fueled vehicles with electric vehicles. And not least, residents and visitors who need a reasonable rental of a car get a good offer. For some, this may mean that they do not have to own a car. With this new agreement in place, we will develop this mobility offer further together with Move About,” says municipal director Roar Vevelstad in Halden municipality.