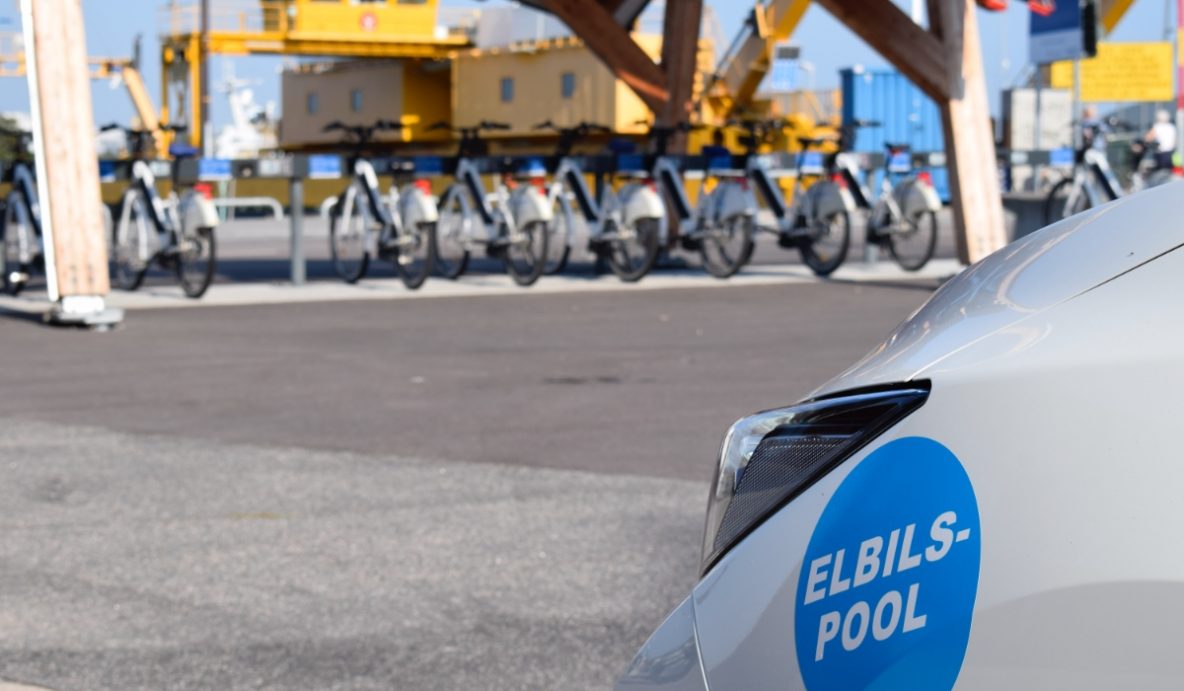 Move About is now expanding in Karlskrona. The expansion follows by the win of the procurement from Karlskrona municipality for the second time in a row.

This time, the agreement also includes Kruthusen business properties, Blekinge Technical College and Karlskronahem, who are given the right to add electric car- and bike sharing locations. The intention is to extend the existing fleet to 19 electric cars and 23 electric bikes during the contract period.

For several years Karlskrona municipality has had a strong focus on sustainability. Therefore, Move About's car sharing service is a cornerstone in the municipality's strategy for reducing their environmental impact. As a bonus, Karlskrona allows all their inhabitants and other actors in the nearby area to book their electric vehicles, which reduces the number of cars on the roads, saves emissions and makes the traffic quieter.

"We are very pleased with the renewed confidence and thus also the opportunity for expansion in Karlskrona," says CEO of Move About Group, Morten von Krogh.

"For us, the collaboration in Karlskrona has been an important proof of our model. A report published by the Swedish Energy Agency in March 2021 confirms that the utilization rate of the municipality's electric vehicle pool has increased significantly under the Move About agreements. At the same time, costs have been able to decrease by 30 percent and compared with the previous fossil carpool, the electric vehicle pool finances itself", says von Krogh.

New actors on the market
The framework agreement also includes two municipal property owners, Kruthusen business properties and Karlskronahem, that have shown great interest in the concept of car sharing, and there are already ongoing plans to establish car sharing locations in upcoming projects. In that way, they too can offer a service that facilitates emission-free transportation, frees up space and promotes sustainability. Furthermore, the electric cars and bikes are made available to over 300 employees of Karlskrona municipality - and those living and working in the region.

"Move About has been providing Karlskrona municipality with sustainable mobility for many years and so we are really excited to expand this collaboration to also include real estate-developers and schools in the same network of shared electric cars. By sharing resources between the areas that affect all citizens the benefits for the environment and the population are maximized." says Peter Aldby Country Manager in Move About Sweden.

Move About was founded in Oslo, Norway, 2007 and has over 58,500 users today on their platform, and over 730 electric cars in the Company's vehicle fleet with presence in Sweden, Norway, and Germany.